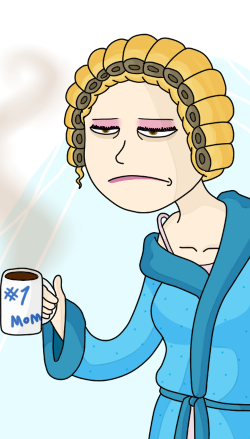 Arms covered in love bites, bags under my eyes, desperately grasping at my once hot cup of coffee….this might sound like some crazy persons morning after a wild night out but for me it is life as a twin mum.

I am finally attempting to sleep both my babies in the same bedroom after holding them off for 6 months, for the sake of my own sanity.  It was 3am when little Miss Scarlett awoke and in an attempt to prevent Miss Ivy from waking I raced into the room to soothe her.  Scarlett seems to find it comforting sucking on my arms (hence the ‘love bites’) rather than sucking on a dummy.  After numerous attempts over the first 6 months of both their lives we had surrendered to the fact that they just will not take a dummy.

It wasn’t long before Ivy also wakes and then its time for team effort from both myself and my husband to get them back to sleep.  One thing I find amazing is that I tend to not even hear the babies if they wake before 5am (convenient… I know) however this morning was different unfortunately for me.  After almost an hour we cave in and bring Ivy back into our room and get Scarlett off to sleep in the babies room.

I have heard another twin mum share how at times she has hoped into the cot with one of her babies in an attempt to soothe them.  I totally get it….the cot looks ever so inviting when it’s 3am and baby won’t settle.  I was almost tempted to grab a baby blankey and crash on the floor.  Sleep is as precious as gold when you don’t have enough of it.

By 4am both babies are settled and I’m laying there solving the world’s problems.  Doesn’t my mind understand that in a couple of hours I have to be up and functional??  Let me ponder that thought for awhile….arghhhhh!!

It’s now 11am and the girls are successfully down for their nap in the same room.  I have put my mascara and eyeliner on (bringing out the big guns) in an attempt to look alive and am ready to take on the rest of the day.